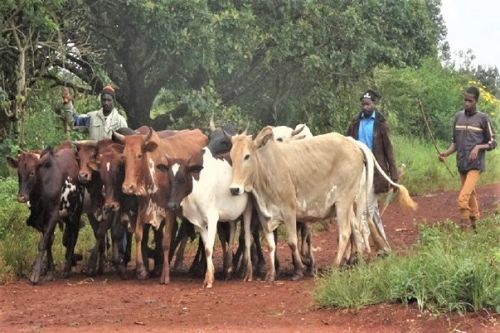 According to the national gendarmeries, four alleged rustlers, two alleged drug traffickers, and one alleged arms trafficker were arrested.

The raids were carried out, in Lagdo and Touroua, by agents of the Garoua 3 gendarmerie. During the raids, two 12-caliber artisanal weapons, used for poaching and sometimes during kidnappings, were recovered as well as six bikes whose origins have not been proven. The agents also recovered an important quantity of cannabis, a stock of counterfeited cigarettes, 86 stolen ruminants (40 cattle and 46 sheep), the national gendarmerie explains.

Let’s note that in Adamaoua, kidnapping and rustling are the most committed crimes currently. The criminals usually target breeders in the zones that border Nigeria and the Central African Republic in that Northern region.

According to a record of the association for the socio-cultural development of the Mbororos (MBOSCUDA), over 3,000 people were kidnapped in Adamaoua between 2015 and 2018. The association also estimates that XAF1 to 2.1 billion ransom was paid to criminals over the said period, thirty people murdered and 8,000 cattle rustled.