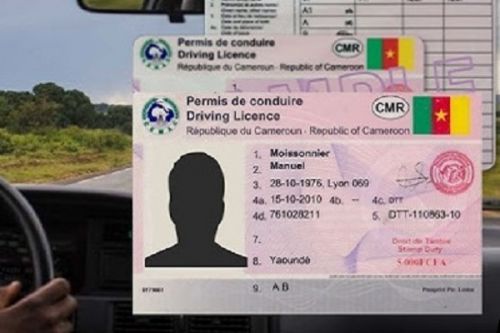 Road transport unions have suggested the digitalization of documents to fight corruption and fraud. “The idea is to gradually migrate towards digitalization for the registration of road transport professionals,” explains Pierre Nyemeck Ntamack, President of the General Confederation of Transport Unions.

"The delivery of official documents is hampered by fraud, nobody can give you the exact number of vehicles. Even the Ministry of Transport, which issues driving and transport licenses, for example, cannot give you exact statistics on the number of vehicles in circulation," says Jean Paul Noah, President of the Employers' Organization of Transport and Auxiliary Workers' Unions in Cameroon (OPSTAC).

Road transport in Cameroon is undermined by corruption, fraud, and trafficking of fake documents such as driver's licenses and vehicle registration documents. In June 2020, the results of an audit by the Ministry of Transport revealed the existence of 396 clandestine driving schools throughout the country.

Jean Paul Noah notes that not long ago, the Yaoundé City Hall launched a "punch" operation, which led to the impounding of 400 vehicles without official documents. "The circulation of false documents suggests that some actors are actively collaborating with counterfeiting networks," the president of the Cameroonian Road Transport Drivers' Union (Sctrc) is convinced. He notes that this situation penalizes road transport professionals financially and partly justifies the high number of road accidents, which cause the economy to lose about CFA100 billion every year.

The Ministry of Transport, to limit fraud and corruption, has launched a process to modernize and secure transport documents. To this end, the department introduced a new car technical control sticker in May and a new more secure vehicle registration document on 17 August 2020.