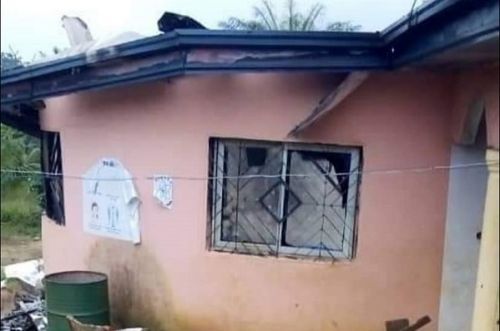 On November 6, 2020, Molinga Francis Nangoh (head of the Liwuh la-Malale par Buea village in the Southwest) was murdered in his palace. According to an administrative source at the Fako department, an armed gang broke into his home at around 7 pm, tortured him before stabbing and killing him and setting his palace on fire.

The real identity of his killers is yet to be determined but some believe they are separatists. Indeed, his Majesty Molinga Francis Nangoh has often been targeted by the armed groups supposedly fighting for independence in the English speaking regions.

In July 2018, he was kidnapped along with a dozen traditional dignitaries from Buea. The abduction was carried out by a separatist militia led by the so-called 'Mendo Ze' (who was shot dead during a raid carried out by the 21st motorized infantry brigade on October 26, 2020).

The assassination of Molinga Francis Nangoh occurs about 12 days after this separatist warlord, who was wreaking havoc in the area, was neutralized.  According to some of the inhabitants of Liwuh la-Malale, the traditional ruler (whose corpse was taken to the morgue of the regional hospital of Buea) was killed in reprisal for the death of the so-called general.

Let’s note that since the onset of the separatist crisis in the Northwest and the Southwest, traditional authorities have been living in hell. Some of them are murdered by the separatists who accuse them of collaborating with the government. At some point, the rulers even fled the regions to seek refuge in Yaoundé.