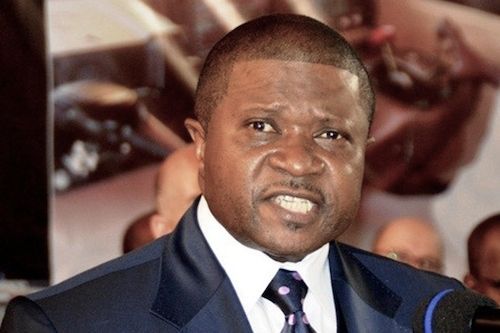 On March 10, 2021, the Minister of Transport Jean Ernest Masséna Ngalle Bibehe (photo) issued a decision forbidding the use of white laser LED headlights on cars and motorcycles. According to the decision, those lights usually cause road accidents by blinding road users. The official then ordered all the road users who have installed headlights unauthorized by his ministry to urgently remove them since they pose high safety threats to other road users.

Jean Ernest Masséna Ngalle Bibehe also asked his teams in charge of road safety and the police forces to ensure the decision is enforced during road controls.

Let’s note that Cameroon records 5,000 road accidents every year. According to official figures, about 6,000 are wounded in those accidents, and 1,200 die. Since January 2021, the Cameroonian media have reported serious road accidents. The notable one is the January 27 accident on the Dschang cliff during which 55 people died (official sources).

Sources usually blame those accidents on the non-compliance with the traffic regulations, exhaustion of drivers, the worn-out state of cars, and low visibility at night.