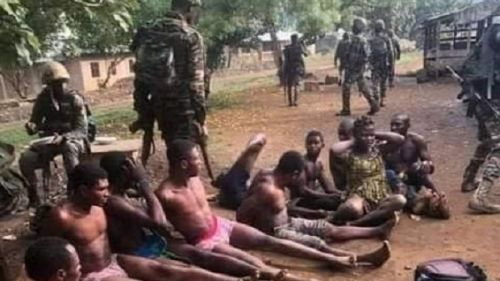 The national army raided a separatist camp in Bafut, the department of Mezam, North-West, in the early hours of March 10, 2022, security sources revealed.

Three militiamen were killed during the raid and weapons were recovered from the site. The army also recovered materials that could serve as components for improvised explosive devices, which the separatists use to attack army convoys.

In addition, a security source reports that "a preventive operation led to the arrest of several separatist fighters and the seizure of various materials” that were to be used to prepare tracks against gendarmerie posts in the North-West and the South-West.

In recent months, army raids have helped reduce separatists’ attacks against military posts and the population in those two regions.

The conflict between the army and separatist fighters has been ongoing for six years now.  According to international organizations like the International Crisis Group, the conflict has already left over 6,000 people dead and more than 2 million displaced.