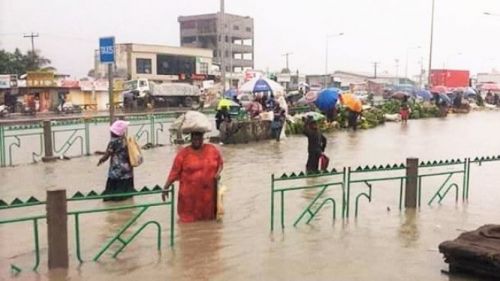 Heavy storms and strong winds could cause flooding, falling trees, and even destroy infrastructure, the National Weather Service (NWS) alerted in its March 10, 2022, bulletin.

The NWS advises the population to protect itself from possible damage. The population is notably advised to "limit outdoor activities and especially avoid taking shelter under trees." The coastal regions, notably the South-West, Litoral, and the South, are expected to be the most affected.

On the other hand, several neighborhoods in the North and Far North are expected to experience “thermal discomfort” with dust storms in some parts. For people in those regions, the NWS advises regular rehydration and face mask-wearing.

In several regions, the rains announcing the return of the short rainy season have started. The season will end in June before the short dry season that goes from June to August.