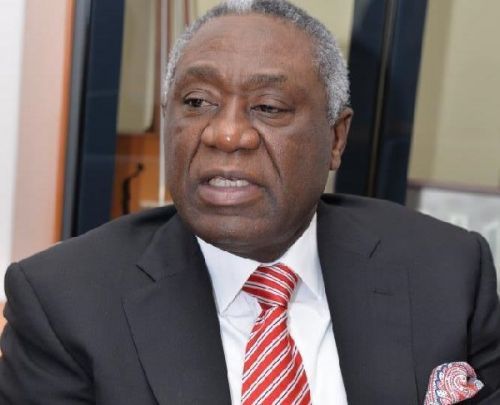 A suspected scammer was recently arrested by police forces. The suspect, Jacques Calvin Eyafa, 49, was impersonating the Director of the Civil Cabinet (DCC) of the Presidency of the Republic of Cameroon, Samuel Mvondo Ayolo (photo). He was presented to the press on Monday, May 10 in Yaoundé.

According to reports, he is suspected to have defrauded businessmen and personalities in the chancelleries and organizations attached to the United Nations. He even tried to defraud the President of Niger. The truth was uncovered thanks to a letter sent by the DCC to the regional delegate for National Security (DGSN), Martin Mbarga Nguele.

"On May 4, 2021, the DGSN was notified through a letter from the Presidency of the Republic, informing that using a certain telephone number, someone called the Nigerien head of state claiming that he is the director of the civil cabinet and that he was acting on instructions from President Paul Biya who wanted to talk with his Nigerien counterpart. The Nigerien president decided to verify the claim and we realized that it was neither the director of the civil cabinet nor the Cameroonian Head of State," Judicial Police Officer Vincent de Paul Meva told CRTV.

During investigations, police officers found out that the signal from the cell phone number was coming from the Yaoundé central prison. The suspect was operating right from his Kondengui prison cell, where he was imprisoned since July 2019, because of similar criminal offenses.

Police forces then raided his cell and he confessed. The latter revealed that he was expecting a XAF195 million bank transfer from an American NGO he successfully duped.

Let’s note that identity (public figures and officials’ notably) theft is on the rise. This is not the first time Samuel Mvondo Ayolo is being impersonated by scammers. On April 2, 2020, the official sent a letter to the director-general of the National Agency for Information & Communication Technologies (ANTIC)  instructing him to track (in collaboration with competent authorities) all the identity thieves on social media.

Last year, the ANTIC revealed that between 2018 and 2019, it discovered 3,388 fake social media accounts, most of which were impersonating high-ranking officials.