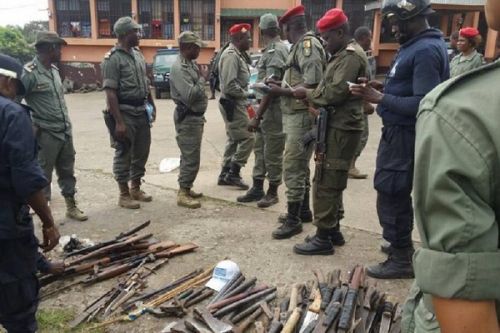 Soldiers lost lives in separatist attacks in the Northwest

Sources reported at least two attacks in the Northwest on May 9. The first, we learned, was an improvised explosive device (IED) attack in a remote area of the Lebialem department.

A video shared on social media shows a foot patrol of at least six defense and security forces soldiers in an area. A huge explosion was then heard after two of them stopped to examine something on the ground.

The second attack was recorded in Jakiri, in the Bui department. An IED was launched in a bar where soldiers of the defense and security forces were sitting. Two gendarmes were killed in this attack. Sources in the region say the death toll is higher. They reported that at least eight soldiers have been killed in various attacks in the northwest since last Sunday.