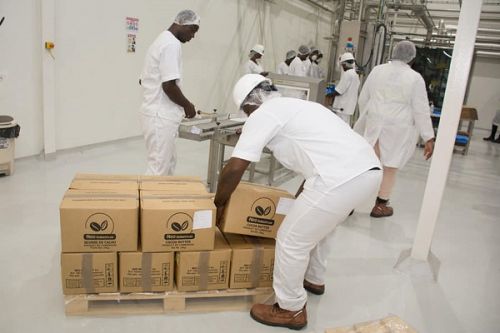 Residents of the Vallée du Ntem, in the southern region, are opposed to the allocation of a 66,000 ha of land for Neo Industry’s investments. The company intends to develop Cocoa plantations in this locality, that borders Gabon and Equatorial Guinea, to supply its 32,000-ton processing unit (XAF54 billion investment) located in Kekem (in the Western region).

The elites of the valley see the allocation as a land grab. "The fact that the State took our land without consulting us, pretexting a declaration of public utility, is fool play. Since it did not consult the population, the company’s approach is neither respectful of the principles laid down by the law nor of the dignity of the daughters and sons of the Vallée du Ntem. So, the population is now stepping in to decide on the future of the land of their ancestors,” said minister Emmanuel Edou, spokesman for the elites of the Vallée du Ntem.

Hubert Kibong, the departmental delegate of the Ministry of Domains, Cadastre and Land Affairs (Mindcaf) in the Vallée du Ntem, however, challenges that viewpoint. "Neo Industry is simply the beneficiary of a provisional contract which should be officialized later in a decree after discussions with the population and environmental impact assessment,” he explained to the media “Mutations.”

The underlying causes of this crisis

To understand this crisis, we have to go back to July 3, 2012. That day, in Bessike, the former Minister of Domains, Cadastre and Land Affairs (Mindcaf), Jacqueline Koung, signed a decree creating some land reserves in Mvilla, Ocean, and Ntem, declaring them as a public utility and announcing the development of plantations in those areas.

Months later, based on that decree, then-prime minister Philemon Yang signed a decree compensating owners and incorporating those lands into the state’s private domain. In 2017, responding to a national call for tenders issued by the Mindcaf to enable the development of plantations in Vallée du Ntem, Neo Industry applied for and obtained 66,000 ha for its project.

The residents of Vallée du Ntem lamented that out of the 730,000 ha of land formerly available in their department, only 400,000 ha remain for the population after the construction of the Memve'ele dam and the creation of land reserves.

A group of lawyers was formed to work toward the reversal of the prime minister’s decision or its application "as a precautionary measure." In that regard, they filed two preliminary ex gratia appeals with the prime minister and the Mindcaf as well as a request for a stay of execution of the disputed acts. "The creation of land reserves on lands expropriated for public utility is against the law. What happened is an expropriation for private use disguised as expropriation for public use,” says Atty. Christian Engo.