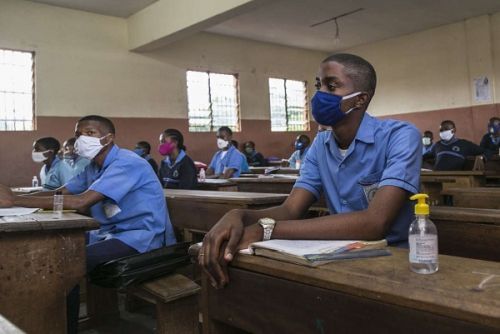 Students and teachers test positive for Covid-19 in Douala schools

Fourteen people tested positive for Covid-19 in three schools in the city of Douala, according to the regional delegation of the Ministry of Public Health for the Littoral.

To limit the spread of the disease, a response mechanism was put in place to quickly take care of patients. Testing of all students in the said schools is also envisaged, according to the Regional Delegate of Public Health of the Littoral, Dr. Albert Mambo Maka.

Although authorities fear a second wave of infections, the COVID-19 pandemic is under control in Cameroon. Despite the decline in the number of daily cases, the country is ranked 11th with the highest number of confirmed cases in Africa. Between March and November 2020, Cameroonian health services recorded 22,421 confirmed cases, including 21,510 recovered (96%), 433 deaths, and 478 active cases, for a case-fatality rate of 1.9%.