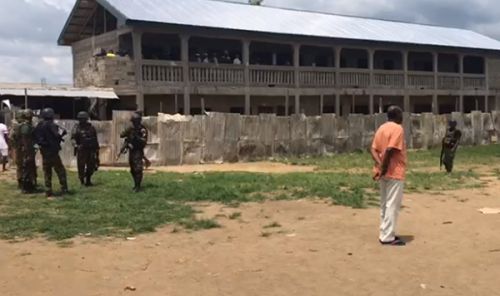 Some teachers (1,062) assigned to various general and technical secondary schools have not shown up for their posts in recent months, for most of them, and up to four years for others.

Except for about thirty of them,  all of these teachers are posted in schools located in the North-West and South-West where a socio-political crisis has been raging since 2016. In the two regions, schools are regularly targeted by separatist armed groups who abduct and kill both students and teachers.

In a release published on December 9, 2020, the Minister of Secondary Education (Minesec) Nalova Lyonga, gave them 14 days to justify their current administrative position, failure of which disciplinary measures will be taken against them. According to the general statute of the civil service, sanctions can range from pay suspension to a summon before the disciplinary board after which the culprit can be deregistered.

Three years ago, the Minesec of the time revealed before the Senate that Cameroon has a deficit of 48,000 secondary school teachers. The said deficit has been growing over the years either because the teachers are posted in other administrations or they simply abandoned their positions.

As far as the North-West and South-West are concerned, the government is making every possible effort to ensure security in schools. For instance, the military is deployed on and around schools to thwart attempts by separatist armed groups to attack students and teachers.