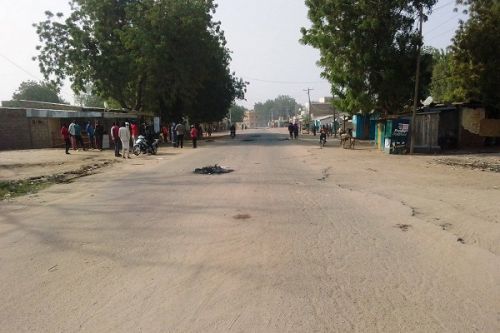 The Arab Choa community has once against manifested its discontent against the arrest of Acheck Aboukreffe, the former mayor of Makary in the Logone-et-Chari department. Tuesday, January 11, the members of the community set fire to tires early in the morning in the city of Kousseri, according to information reported by Jean Areguema, head of the Far North division of L'Oeil du Sahel.

Jean Areguema said people in the city are now scared, although there were no casualties from the protest. The information is confirmed by Maryam Moumini, RFI Fufulde correspondent in Cameroon. She said the market, the schools, and the bus station have not opened due to protests. For the time being, the authorities have remained silent about the arrest. Unofficial sources believe the arrest follows investigations into clashes between Mousgoums and Choa Arabs last December.