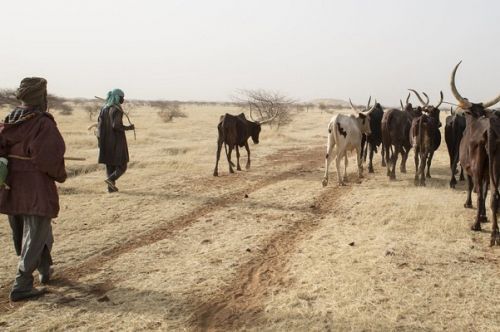 The situation is becoming alarming in the Far North region, where temperatures are expected to rise to 35°C in the coming days, according to the National Observatory on Climate Change (onacc). The organization predicts an episode of intense heat from January 11 to 20.

In a bulletin published yesterday, Onacc said that this could lead to conflicts between farmers and herders over the lack of water and pasture in the departments of Logone-et-Chari (Far-North), Mayo-Rey, Mayo-Louti, and Bénoué (in the North). The water scarcity followed “the drying up of the Mayos, in addition to heavy evaporation," explains the organization.

According to the United Nations High Commissioner for Refugees (UNHCR), the dwindling water supply is the cause of clashes between herders, fishermen, and farmers that have caused thousands of people to flee Cameroon. The main reason, the UN body cited, is climate change, which is exacerbating tensions, especially in the Far North.

“Climate change is a reality in this region of the Sahel where temperatures are rising 1.5 times faster than the global average and the UN estimates that 80% of farmland is degraded. Over the past 60 years, the surface of Lake Chad, of which the Logone River is one of the main tributaries, has decreased by as much as 95%,” the UNHCR said. Because of this situation, Mousgoum fishermen and farmers have dug vast trenches to hold back the remaining water in the river so that they can fish and farm, we learn. However, these muddy trenches trap and sometimes kill livestock belonging to the Choa Arab herders, triggering tensions and fighting, according to the same source. The deadly clashes that broke out in August and December 2021 in the Far North were due to such incidents. To deal with these problems of access to water and the effects of climate change, UNHCR is calling for "adaptation solutions" to be put in place, especially as droughts will intensify over the next 20 years in Cameroon, according to World Bank estimates.