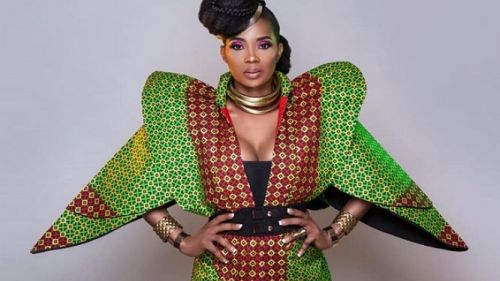 Lady Ponce's concert, originally scheduled for April 2020 at the legendary Parisian venue L'Olympia, will finally take place in May. The reason for the postponement is the French government's ban on gatherings of more than 1,000 people, decreed on March 8, 2020, to contain the spread of the coronavirus (Covid-19) pandemic in the country.

"Following the coronavirus pandemic, the French Ministry of Health has banned all gatherings of more than 1,000 people until April 15, 2020. As a result, our April 12 concert has been postponed to May 24, 2020, in agreement with the Olympia," the singer announced on her Facebook page on March 12, 2020.

She also asked her fans to respect the rules of hygiene to avoid catching the disease. Pharempire, the label organizing this concert, also confirmed this postponement in a press release published on March 11 in Paris.

According to Samuel Obaker Nlebe, president and CEO of that label, the Olympia, which can contain up to 1,800 people, falls under the ministerial ban. "Therefore, in agreement with the management of the Olympia, we have decided to postpone Lady Ponce’s concert," he said.

“The ticket office remains open to the public until May 24th," he added.

The singer reassures her fans who have already bought their tickets for the concert originally scheduled for April 12th that the "tickets are still valid."

Born Adèle Rufine Ngono, Lady Ponce is now considered one of the leading bikutsi singers. She made herself known to the public in 2004 with her title "Le ventre." In 2008, she was crowned "best female artist" at Canal 2'or. At the same time, she won the song of the year award with her single "Trahison," taken from her album "Confession." Her seventh album, "Suprême", has been in stores since January 2nd.