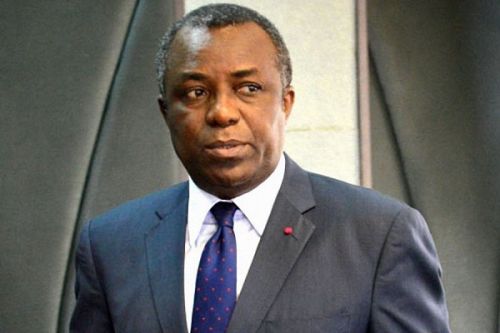 Cameroon: The Minister of Basic education threatens to sanction teachers who sell books that are supposed to be free

The Cameroonian Minister of Basic Education (Minedub), Laurent Serge Etoundi Ngoa (pictured), threatens legal actions against teachers who sell school books that are supposed to be distributed free of charge. He said he received many reports that some teachers do so and he will not let that happen any longer.

He made this decision known to the public on October 7 during the launch of the third phase of the distribution of school books in Yaoundé. Indeed, as part of the World Bank-funded Education Reform Support Program (Parec), the government has been distributing free books to schools in the country since 2020. These books are marked "Free".

Sources at Parec have confirmed the illegal sale of these free books. However, they said the books had found their way onto shelves after some burglars have stolen them from the beneficiary schools.

This year, the government plans to distribute 1,803,906 textbooks to 13,000 public elementary schools in all ten regions of the country; 1,083,906 books are for the Francophone subsystem and 720,000 for the Anglophone subsystem.