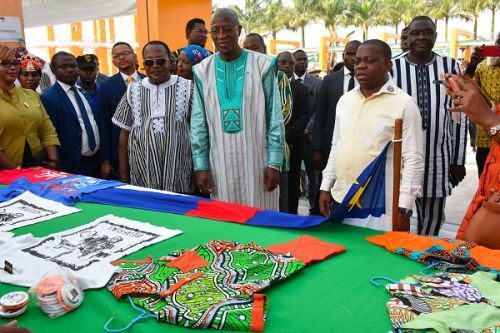 Cameroon is, from November 10 to 14, in Djibouti for the seventh edition of the International exhibition of African textiles.  The country is represented by designers and fashion professionals led by Armstrong Loga, Chairman of Global Fashion and Beauty Trade in Africa. Through its expert fashion designers, Cameroon will defend its crown as the best African stylist from 42 other contesting countries.

Cameroonian authorities’ greatest wish "is to see this valuable team bring awards to the country and specially set itself apart among the 43 competing countries," said Armand Abanda Maye, Director of Arts Promotion and Development at the Ministry of Arts and Culture,  to the delegation when they were leaving for Djibouti.

"The State has placed all its confidence in us, and we will do everything to honor Cameroon even more. We have a team of professionals who have been selected according to laid down rules and have always demonstrated their expertise on the national territory. We believe that thanks to that team, we will bring back awards," Armstrong Loga promised in the columns of government daily Cameroon tribune.