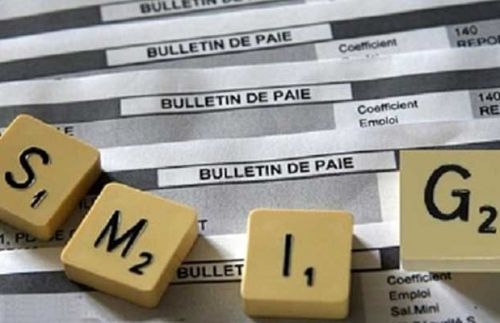 The Cameroonian government is considering raising the minimum wage in the country to help the population navigate the widespread inflation. The information was reported last November 28 by the Minister of Labor and Social Security (Mintss), Grégoire Owona.

The current legal minimum pay in Cameroon is CFA36,270. The plan to increase this amount has been on the government's agenda for some time. It was first mentioned on May 1, International Labor Day, when the Minister of Labor and Social Security announced that discussions were underway to increase the amount.

On June 16, the plan was also the subject of a consultation between the government, employers, and unions in Yaoundé. At the end of the meeting, the minister certified that all stakeholders had accepted an increase in the minimum wage, but the rate had not yet been set.

However, the amount negotiated was set at CFA40,622, a 12% increase over the current minimum wage. Nearly six months later, the process has yet to be finalized. The minimum pay increased from CFA28,216 in 2008 to CFA36,270 in 2014, following an agreement between the workers' unions. Despite this improvement, Cameroon has the lowest monthly minimum wage in Central Africa, although the country is presented as the largest economy in the Cemac region. In E. Guinea, the wage is CFA128,000, CFA80,000 in Gabon, and CFA60,000 in Chad.