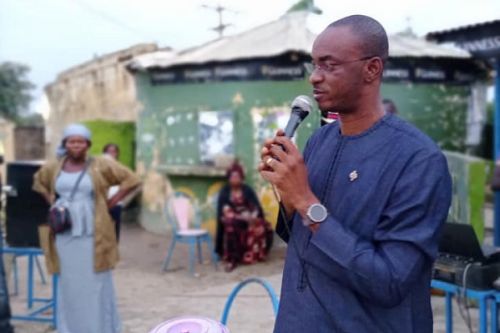 On January 12, 2021, Cabral Libii (photo), president of the Cameroon Party for National Reconciliation (PCRN) and deputy in the National Assembly, launched a fundraising campaign to raise XAF8 billion for the acquisition of two motorized canoes.

According to the MP, the fundraising campaign was launched because the Minister of Public Works (Mintp) Emmanuel Nganou Djoumessi failed to keep his promises of expeditiously rehabilitating the ferry Malombo residents use to cross the Nyong River.

Before this fundraising campaign, the Mintp was already questioned on November 11, 2020, by Rolande Adèle Ngo Issi (a PCRN deputy) about the renovation of the ferry, which is the only means to cross the Nyong River. She questioned the minister after two women died when the canoe they were using capsized a day earlier.

Rolande Adèle Ngo Issi explained that the renovation of the ferry was just a temporary solution, pending the construction of the bridge over the Nyong, whose studies were completed since 2006 (according to her) without construction being launched to date because of budget restrictions.

In another letter to the Mintp, Cabral Libii claimed that the public contract for the rehabilitation of the ferry has not been awarded yet, despite Malombo residents’ repeated reminders and complaints.

However, the communication manager of Mintp indicates that the renovation of the said ferry was not completed because of numerous problems caused by the company in charge. Also, he explained, the ferry was recently put in water but the rising water affected it to such an extent that it could currently not carry people and goods.

She adds that the greatest challenge is the lack of capable companies to renovate the ferry. "Therefore, finding the right company is a problem. For a simple rehabilitation, we replaced several companies that were unable to deliver the required results (…) The Mintp requested the expertise of Chantier naval et industriel (…) but to date, there is no adequate solution to that ferry problem,” she added.