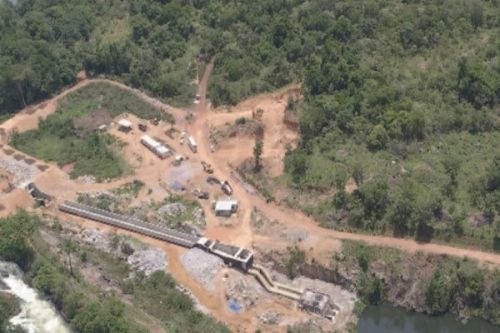 A new mini hydroelectric plant is to be commissioned in Adamaoua

The Cameroonian minister of water and energy (Minee) announced it will inaugurate tomorrow April 14 a mini-hydro plant at Mbakaou-Carrière, Adamaoua region. With a modest capacity of 1.4 MW, the new plant will supply 1,832 new households in the region. 332 households not yet served will be connected, as well as 1,500 households in the already electrified localities of Mbakaou and Tibati, according to the Minee.

With this new plant comes a little relief amid the ongoing energy crisis in Cameroon, particularly in the three northern regions. At a press briefing on March 31, the Minister of Water and Energy acknowledged that the Lagdo hydroelectric dam, which serves the Adamaoua, North, and Far North regions, "currently produces barely 9 MW" of the 72 MW installed capacity.

To narrow this gap, the government has transferred units from the Ahala (Yaoundé) power plant to Garoua (Djamboutou) and Ngaoundéré, and a new additional capacity of 10 MW was commissioned in Guider on March 23, 2022. Solar power plant projects are also being carried out.

Let’s note that the commissioning of the small Mbakaou-Carrière power plant had already been postponed twice.