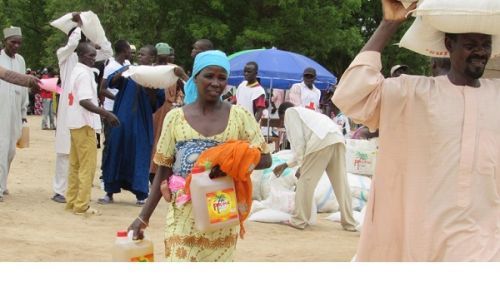 The UN Office for the Coordination of Humanitarian Affairs (OCHA) has registered more than 100 people newly displaced by insecurity in the Far North region. " On May 1, repeated attacks by non-state armed groups and the ongoing inter-communal conflict forced 108 people to move from Zamalda to Mokolo in Mayo-Tsanaga department," the UN body reported in a May 12 note.

Mayo-Tsanaga department, which borders Nigeria, regularly experiences incursions by armed men affiliated with the Boko Haram terrorist sect. "The displaced people in Mokolo are living in overcrowded conditions and are exposed to the rain. Their displacement has been brutal and they are in urgent need of food, household items, and shelter," the document reads.

OCHA stressed that the Far North region is home to about 297,000 internally displaced persons (IDPs), mainly due to repeated attacks by Boko Haram ;18% of this population is in Mayo-Tsanaga. Some 43% have taken refuge in Logone-Et-Chari department and 30% in Mayo-Sava.