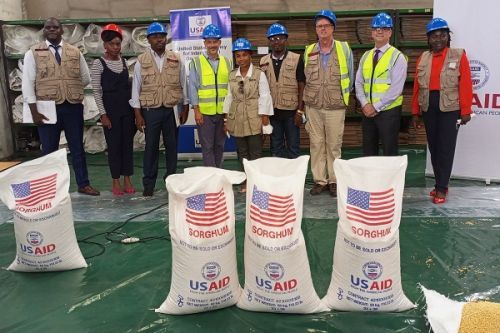 The US announces an investment of CFA17 billion to help Cameroon fight malnutrition. The resources will be provided by the U.S. Agency for International Development (USAID).

The project was announced following the visit of the U.S. ambassador to a World Food Program (WFP) warehouse yesterday, April 13, at the port of Douala. "This latest USAID contribution includes in-kind food aid such as rice, cereals, vegetable oil and specialized foods for the treatment of acute malnutrition, in addition to free tickets and cash transfers to purchase food in local markets, thereby supporting the local economy," said the U.S. Embassy.

The investment was decided "during a high-level event organized by the European Union on the food and nutrition crisis in the Sahel and Lake Chad regions,” according to the embassy. It shows an intensification of the "ongoing support of the United States to the most vulnerable people in Cameroon.”