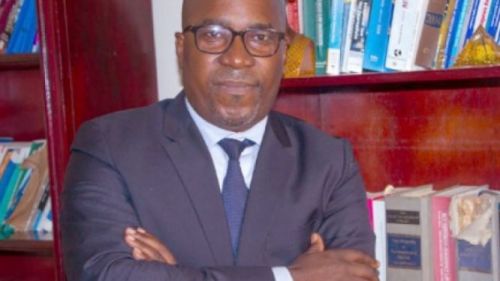 Félix Agbor Balla is no longer a lecturer at the University of Buea after his contract was terminated. The decision, taken at the end of the Disciplinary Board meeting held on 6 May 2020, was made public on the 12th of the same month by the Ministry of Higher Education (Minesup). Reason: “infringement and non-respect of university ethics.”

This graduate in private law is accused of having proposed a topic related to the crisis in the North-West and South-West regions. “The Anglophone crisis was caused in 2016 by a strike by lawyers and teachers. Assess the validity of this statement,” was the topic given to students as part of their first semester exams. The university's management believes this is propaganda.

According to Felix Agbor Bala, “this is by no means a problem of ethics and deontology.” He claims that the decision of the Disciplinary Board “must undoubtedly have something to do with [his] position on the violation of human rights. Because what is taught in other state universities is worse than the issue related to the Anglophone crisis.” However, the lawyer acknowledges that he has often dealt with themes related to the Anglophone crisis, the special status granted to the two Anglophone regions (North-West and South-West), and the Grand National Dialog.

In the academic community, this decision is diversely appreciated. Some academics find it justified, especially since “all the rules of the university have been scrupulously respected by the Disciplinary Council,” says one professor.

But this stance is criticized by a fringe group of academics including Prof. Ambroise Kom. “It is difficult to understand why the Minister of Higher Education would put a university lecturer in the hot seat, not because he is accused of inciting racial/tribal hatred, insults, defamation, denial or sexual harassment, but for a banal exam subject given to students, a subject on a current national issue,” said the specialist in African literature.

In any case, for Dr. Jean Paul Mbia, head of Communication at Minesup, “No one has the right to confuse science with propaganda. Teaching science, yes. But not to intoxicate students with political propaganda.”

Founder of the Centre for Human Rights and Democracy in Africa (Chrada), Felix Agbor Balla was one of the main architects of the 2016 lawyers and teachers strike that caused the Anglophone crisis.