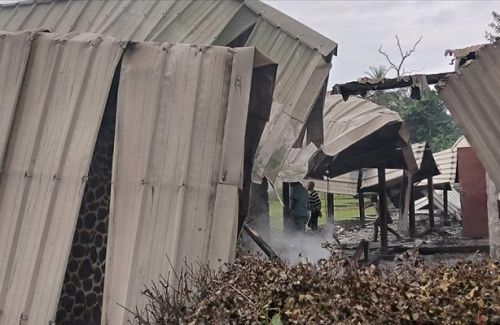 In a press release issued on June 10, the acting UN humanitarian coordinator in Cameroon "strongly condemns the destruction of the Mamfe district hospital in the Southwest region.” “The Mamfe district hospital covers more than 85,000 people living in the region. It serves as a primary medical referral covering the medical needs of the remote areas of Manyu Division. Its destruction will deprive the population of urgent care and further weaken the local health system,” the UN official said.

On the night of Wednesday, June 8, this hospital facility was attacked by unidentified armed men who set it on fire. Although no injuries were reported, the Ministry of Public Health noted that "the unusually violent flames completely consumed nine of the 12 buildings in the hospital. This source adds that "no loss of human life was reported among the 49 patients who were there."

According to the UN, "at least five attacks on health care have taken place since January 2022. The crisis in the NoSo has resulted in a large number of attacks on health care, with health workers or patients threatened, abducted, injured or killed, as well as medical infrastructure damaged or destroyed.”

“Attacks on health care workers, patients, and facilities are serious violations of international human rights law and must be investigated and perpetrators must be held accountable,” the statement reads.