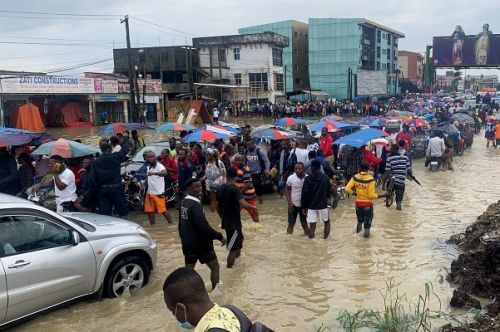 Over the past eight months, 181 people have died from cholera in Cameroon; 9,724 were infected, the public health department (Minsanté) reported. To curb the disease, the government is launching new vaccination drives in July and August.

“New vaccination campaigns will be conducted in July and August in regions where the epidemic has been reported. These are the Littoral, Southwest, West, Central, and North regions," Dr. Linda Esso, deputy director in charge of the fight against disease, epidemics, and pandemics at the Minsanté, told Cameroon Tribune.

She recalled that July and August correspond to the rainy season during which this acute diarrheal disease spreads the most. “Once there is an outbreak, the risk of spreading to other localities and regions is high due to the contagiousness of the disease and the displacement of population. Poor hygiene and promiscuity also contribute to the spread of the disease," explains Dr. Esso.

The Public Health Minister, Manaouda Malachie, last July 7 recalled the need to respect hygiene measures to limit cholera outbreaks and promote prevention, especially in areas known to be at high risk. Since the resurgence of cholera in October 2021, reactive vaccination campaigns have been conducted in 16 health districts in the Littoral (8), South West (7), and South (1) regions.