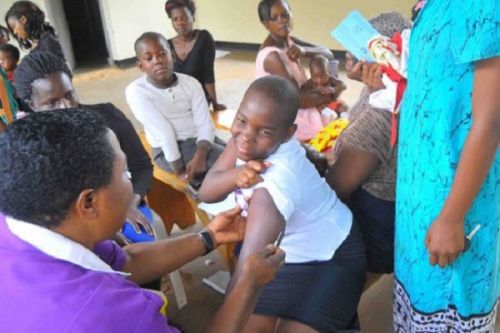 In Cameroon, over 18,000 girls aged 9 to 13 were vaccinated against cervical cancer between 2014 and 2016. This figure was disclosed by the Expanded Program on Immunization (EPI), under the supervision of the Ministry of Public Health (Minsanté). The introductory campaign for this vaccination was carried out in two health districts, Foumban (Western Region) and Edéa (Littoral) namely.

According to Dr. Elie Simo, coordinator of the EPI regional technical group in the West, this prevention is only effective when the girls are still virgins. "Every girl who has already had her first sexual contact is likely to have already gotten in contact with the germ, and therefore, vaccination may not serve any purpose. This is why experts who have done studies on the matter concluded that in Cameroon it is better to inoculate the two doses to that age group since they most likely have not had their first sexual intercourse yet,” he explains.

From September 23 to 27, 2020, a vaccination campaign against cervical cancer is planned countrywide. This time, this campaign targets 339,908 girls.