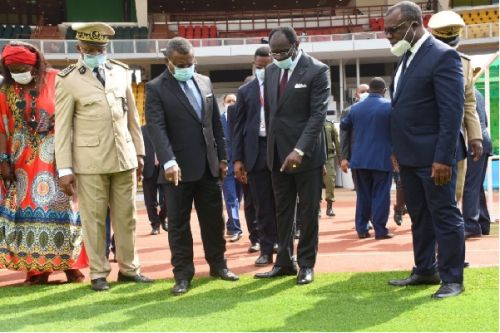 Cameroon is "ready" to host the African Nations Championship (CHAN) scheduled for January 16 to February 7, 2021, according to the Confederation of African Football (CAF).

The CAF revealed this at the end of the meeting of its Executive Committee held on December 10, 2020, in Cairo, Egypt. "The Committee has taken note of the report of the last infrastructure inspection visit (stadiums, training grounds, and hotels) which took place in October 2020 in Cameroon. The CAF delegation, led by its Deputy Secretary-General in charge of football and development Anthony Baffoe, visited the three host cities of the competition, namely Yaoundé, Douala, and Limbe,” the organization wrote on its website concluding that the host country (Cameroon in this instance) was ready to host the event.

The competition, originally scheduled for April 4 to 25, 2020, was postponed to early next year due to the coronavirus pandemic.

As the country enters its final days before becoming the host country for CHAN, solid progress has been made by the local organizing committee (COCAN). "The stadiums I have seen (…) are modern stadiums; solid infrastructure, which will be there for at least 100 years. We can even host the World Cup here," said Prime Minister Joseph Dion Ngute during an inspection visit to the Olembe sports complex and the Omnisports Stadium last Thursday.

At the end of the visit, he was satisfied except for a few things to address, particularly in Olembe where the last match of that competition will be played. According to COCAN, most of the arrangements for the competition (which will serve as a test run for the AFCON 2022, which Cameroon will also organize) have already been made.