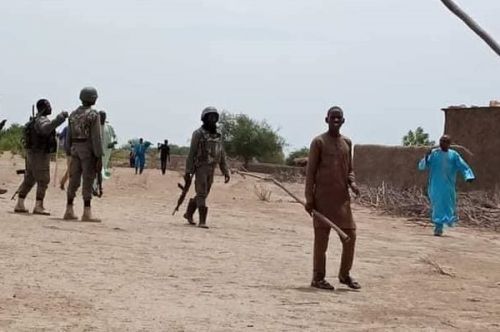 The prefect of the Logone-et-Chari department (Far North region), Jean Ndongo Ndongo, issued an order banning gatherings of more than ten people. The decision applies to the districts of Kousseri, Logone Birni, and Zina.

The prefect also signed a second decree prohibiting the movement of civilian watercraft on the Logone River between the districts of Kousseri, Logone Birni, and Zina. These measures will apply until further notice.

As part of the strategy to bring back peace in the region, Midjiyawa Bakari, Far North Governor, met with the community leaders involved in the conflict and with traditional and religious authorities. Accompanied by several senior department officials, Midjiyawa Bakari expressed his wish to see disputes end.

A government mission led by the Minister of Territorial Administration is expected in Kousseri in the coming days, according to a statement signed on December 10 by government spokesman Rene Sadi. "Faced with this regrettable situation, the Head of State expresses his deep concern and sends his deepest condolences to the families of the victims. He also expresses his wishes for a speedy recovery to the injured," the statement reads.