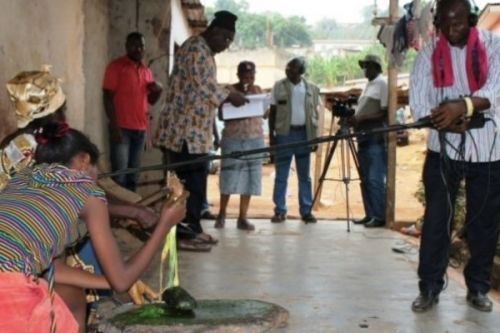 Towards the introduction of cinematic arts into the secondary education curriculum

The Ministry of Secondary Education (MINESAC) intends to introduce cinematic arts in the curriculum for fifth form (year 11) students and above, from the beginning of the 2021-2022 academic year.

The students who will embrace this branch will learn film history, film language, and grammar, as well as film professions. The courses will lead to a baccalauréa in cinematic arts allowing them to "read a film", "produce a screenplay" or "produce a short-film", the Ministry of secondary education (MINESAC) informed.

For the implementation of this plan, Academics, Film professionals, Experts in Cinematic Arts, Educational Inspectors, and Teachers met in Yaoundé from February 8 to 10, 2021, to discuss the development of teaching documents, continuous training for teachers, curriculum writings as well as sensitize the educational community on the interest of this academic path.

The ultimate aim of the courses is to professionalize cinematic courses and prepare for the emergence of the film industry in Cameroon. "It is time schools stop being factories that produce unemployed people. We advocate the training-employment adequacy," says Ottou Omgba, an official at the Cameroonian Ministry of Secondary Education.