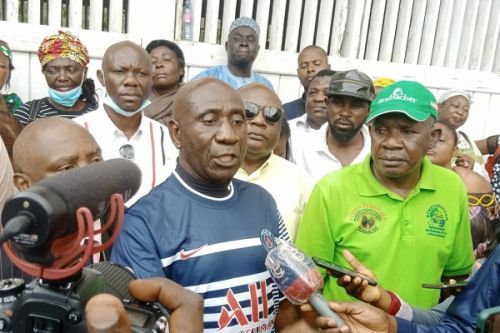 CSTC, Anosilp threaten to strike if govt does nothing against the high cost of living

The general strike initially scheduled for April 7 by a collective of three organizations led by Yimga Moussa, president of the National Association of Informal Sector Operators for the Fight against Poverty in Cameroon (Anosilp), has been suspended until the government provides concrete solutions to satisfy the collective.

After filing their strike notice, members of the collective were received by the Trade Minister, Luc Magloire Mbarga Atangana, on April 4. Regarding the high cost of living, the minister said it was the result of imported inflation. This means that the government is not to blame.

However, Yimga Moussa said the government could have anticipated the scenario.  The collective has decided to wait until this week to know what new proposals the government has made regarding their claims. "We're going to give the government time to get back to us. Maybe until April 21. After that time, we will file a new strike notice if nothing is done," Yimga Moussa commented.

As a reminder, this collective is composed, in addition to Anosilp, of the Collective of Consumer Organizations of Cameroon chaired by Simon Kaldjob and the Confederation of Trade Unions of Cameroon (CSTC), whose secretary general is Celestin Bama.