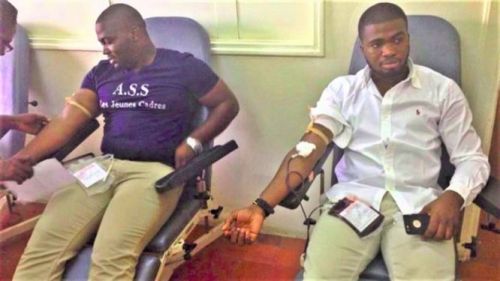 The blood donation deficit in Cameroon remains at 75% despite a slight increase in the number of donors. According to figures from the National Blood Transfusion Program (PNTS), in 2017, 91,047 blood bags were collected against 94,873 the following year. In 2019, there were 103,359 bags collected and a similar figure in 2020. But despite this improvement, the national demand (400,000 bags a year) is still far from being reached. These statistics were presented on June 14, as part of World Blood Donor Day, celebrated under the theme "Give blood and keep the world beating.”

To fill this gap, which amounts to 75% of the demand, Cameroon is focusing on raising awareness among potential donors and setting up an infrastructure policy to coordinate donations. Last November, the Islamic Development Bank committed CFA9 billion for a project to build and equip National Blood Transfusion Centers in the regions.

With this project, health authorities hope they will convince more people to support the initiative. Official stats show that voluntary donations in the country represent only 10% of overall donations. Donations are most often made within the family.