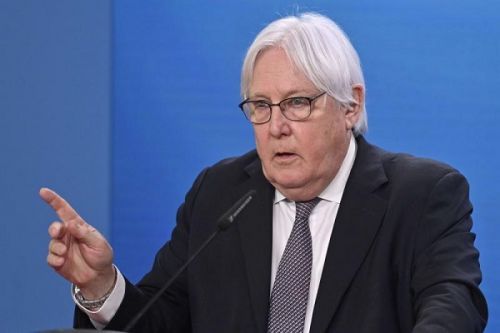 The UN Under-Secretary-General for Humanitarian Affairs and Emergency Relief Coordinator, Martin Griffiths (pictured), announced this week the disbursement of $1.7 million (nearly CFA1 billion) to support the cholera emergency response in Cameroon. According to a June 13 statement by the UN Office for the Coordination of Humanitarian Affairs (OCHA), the projects funded by the UN Central Emergency Response Fund (CERF) will assist people in the Southwest and Littoral regions, which are the most affected in the country.

The projects will be implemented by the United Nations Children's Fund (UNICEF) and the World Health Organization (WHO), in partnership with public administration services and NGOs. As of May 29, 2022, the official toll in Cameroon was 8,241 cholera cases and 154 deaths in the seven regions affected by the epidemic. The Southwest, which is already facing a humanitarian crisis due to the Anglophone crisis, remains the most affected with 5,628 cases and 90 deaths. The Littoral follows with 2,208 cases and 58 deaths.

Although efforts are being made to end the epidemic, OCHA's head in Cameroon, Karen Perrin, pointed out that access to remote areas in the southwest is difficult due to violence and poor road conditions.