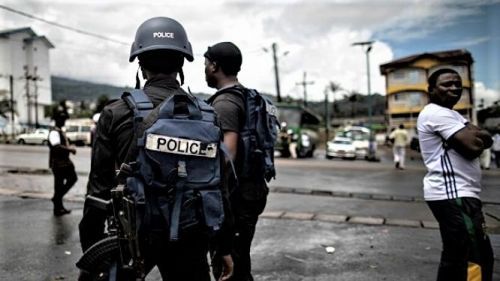 Yesterday, July 14, some twenty armed men attacked the Zavion forward security post in the Babadjou district, in the West. During this attack attributed to Anglophone separatists, two gendarmes were killed. One was on duty at the Babadjou brigade and the other was an element of the Polyvalent Unit of the National Gendarmerie (GPIGN), state-owned media CRTV reported. A third gendarme was wounded but he was able to escape.

The assailants came from Pinyin, in the Santa district, North West, reports claim. Other sources claim that the insurgents arrived on motorcycles and were dressed in military uniforms to deceive the two gendarmes.

Let’s note that the North West is embroiled in a separatist conflict that regularly spills over to the West. Numerous separatist militias, including the "Marines of Bambalang", scour the border between the two regions and terrorize the population. The army has been deployed in the area and several security posts have been installed since January 2021 when an attack claimed the lives of six people: three gendarmes, one police officer, and two civilians. Nevertheless, in June, two people were killed and three wounded in another armed attack in Babadjou. These incursions have already considerably delayed the construction of the road connecting Bafoussam (West) to Bamenda (Northwest). Because of the repeated attacks, the contractor, Sogea-Satom, partially withdrew from the project and Cameroon later terminated its contract.