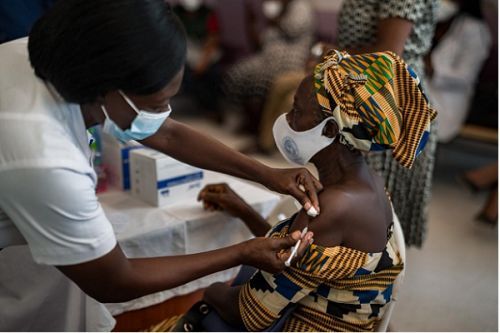 The Ministers of Public Service and Administrative Reform (Minfopra) and Public Health (Minsanté) announce that a general vaccination campaign will be organized for civil servants next November.

According to a joint statement issued by the two ministers on October 14, those concerned by the campaign are all state personnel, both active and retired.

The campaign will run from November 5 to 15 for the staff of centralized services and November 17 to 30 for deconcentrated services, the statement informs.

"Vaccination is currently an essential tool in the fight against Covid-19. Therefore, civil servants must get vaccinated to be protected and ensure the continuity of public service,” it continued inviting the concerned parties to massively get vaccinated so that collective immunity can be achieved.

By organizing this general campaign, the government expects to boost immunization coverage, which is still low because the population is still reluctant to get vaccinated despite authorities’ assurance. According to statistics from the Expanded Program on Immunization (EPI), 388,511 people had received a dose of the Covid-19 vaccine as of October 7. This represents just 2.8% of the target population. At the same time, only 133,531 people are fully vaccinated, representing just 1% of the target population while the government’s ambition is to vaccinate 20% of the population by the end of 2021 and 60% by January 2022 for herd immunity.