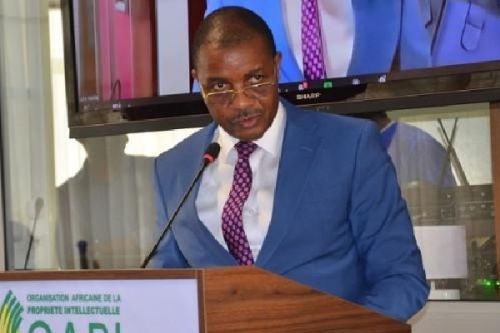 Today December 15, in Yaoundé, Minister of Mines Gabriel Dodo Ndoke (photo) presided over the official handover of Cameroon’s updated geophysical map. According to the official, the map is the result of a study carried out over the past five years by the Mining Sector Capacity Building Project (PRECASEM). Thanks to the study, there is now a clear overview of the geophysical properties of 75% of the national territory and an important database on the country’s mineral resources, the official said.

PRECASEM explains that the remaining 25% could not be covered because they represent the country's conflict zones. In a briefing note, the World Bank-funded project explains the importance of this "airborne geophysical survey of 75% of the territory (...) which provides Cameroon with magnetic and radiometric data.”

The map thus created is helping know the properties of Cameroon’s subsoil, much to the benefit of its economy, Minister Gabriel Dodo Ndoke said, adding that it will spark the interest of both national and international investors.

"This map will be useful to researchers. It will also be useful for education and allow a giant qualitative leap at scientific, economic, and even technical levels,” he added.

PRECASEM indicates that the new map reveals a significant number of gold occurrences, obvious gold mineralization in the Tignere cut-off, and supposedly in all the other cut-offs. Also, significant signs are hinting towards the existence of tin deposits, cobalt-nickel-manganese mineralization, and uranium oxides, particularly in the Poli cut-off.