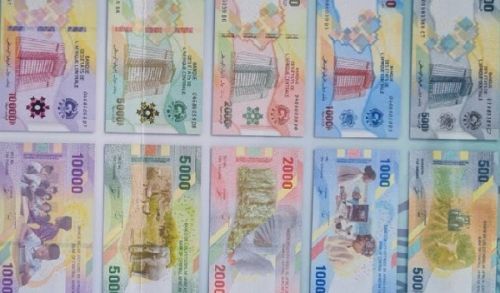 The new range of banknotes "highlights the official languages of the Cemac countries which are French, English, Arabic, and Spanish. They are mentioned in the inscription Bank of Central African States and the face value of the banknotes," said Governor Abbas Mahamat Tolli.

The introduction of this new range was announced at the end of an extraordinary session of the Ministerial Committee of the Central African Monetary Union (UMAC) held by videoconference on November 7. The UMAC said the 1992 banknotes will be removed from circulation from March 1, 2023. As of this date, the 1992 notes will be exchangeable at commercial bank counters and those of the Beac, until May 1, 2023.

From June 1, 2023, to May 31, 2024, they will only be exchanged exclusively at central bank counters. These exchanges will stop from June 1, 2024, we learn. "The 2002 notes will remain legal tender and will continue to circulate,” Beac recalled. As a reminder, the last range of banknotes introduced by the central bank was that of 2002.