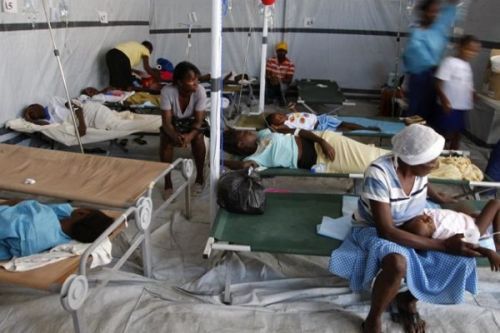 The toll of the cholera epidemic, which has emerged again, is rising in Cameroon. According to official data, as of February 14, 2022, the country had 1,242 cases of cholera, including 35 deaths. The previous situation report published was on February 9. At the time, the Minister of Public Health (Minsanté) Manaouda Malachie was reporting 1,102 reported cases and 32 deaths.

The first cases confirming the resurgence of cholera were detected in the South-West and the Centre between October 27 and 30, 2021.  The disease has since spread to three other regions. This brings to five the number of regions now affected.

A cholera response campaign is expected to be organized in the affected regions to curb the spread of the disease.

Cholera is an acute diarrheal infection caused by ingestion of food or water contaminated with Vibrio cholerae bacteria, which can cause rapid dehydration and death. "Safe oral cholera vaccines should be used in conjunction with improvements in water and food sanitation to control cholera outbreaks and for prevention in areas known to be high risk for cholera," says the World Health Organization (WHO).