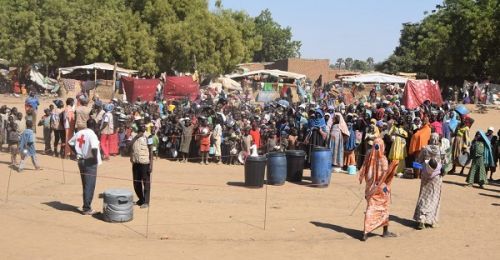 Early this year, the U.N. Refugee Agency (UNHCR) issued a call for additional funding amounting to close to US$60 million (over XAF34 billion). This fund is to finance "emergency assistance" to 100,000 refugees, internally displaced persons, and host communities in Chad and Cameroon following inter-communal violence in the Far-North region.

"UNHCR needs US$59.6 million for urgently needed shelter and core relief items, such as blankets, mats, and mosquito nets. Funds will also cover growing water, sanitation, and hygiene needs," the agency wrote in a statement.

The funds will help UNHCR and its humanitarian and governmental partners to respond to the humanitarian needs of displaced people and provide them with protection and assistance for at least the next six months, the statement adds.

“(...) Funds to support displaced people in Chad and Cameroon are now critically low and under severe pressure due to the rapidly rising needs. We are urgently appealing to the international community to mobilize the resources which will allow UNHCR and its partners to mount an effective and lifesaving response,” the UN agency called out, adding that “urgent action is needed to address the root causes of the conflict.”

Community clashes are common in the department of Logone-et-Chari. In December 2021, clashes between pastoralists, fishermen, and farmers left 44 people dead, over 100 injured, and 112 villages burned. They also forced 30,000 people to flee to neighboring Chad, according to UNHCR. Also, months earlier in August 2021, 23,000 people fled to that neighboring country after two weeks of conflicts between Arabes Choa and the Mousgoum people.