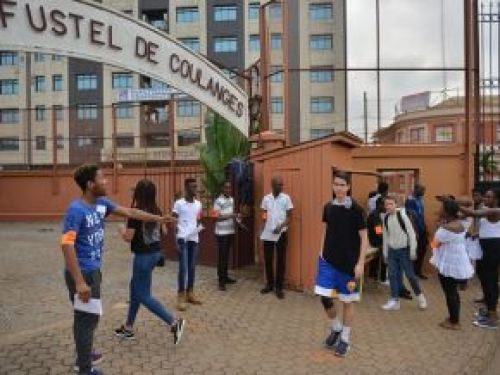 Coronavirus: France closes its schools in Cameroon for one week

Starting from today March 16, 2020, French schools in Cameroon will be closed for one week, because of the coronavirus (Covid-19) pandemic.

"Due to the current sanitary conditions and as a precautionary measure, the French Ambassador has decided to close the two French schools Fustel de Coulanges (Yaoundé) and Savio (Douala) for 7 days from Monday, March 16,” wrote the headmaster of Fustel High School, Bruno Mercier, in an email, leaked on the internet, to his colleagues.

This decision is in line with the measure, announced on March 12, by French President Emmanuel Macron during his address to his compatriots. During the address, he announced the closure of crèches, primary schools, colleges, high schools and universities in France "both to protect" children and the younger ones and "reduce the spread of the virus throughout our territory."

"According to scientists, our youngest ones are the ones who seem to spread the virus most rapidly-even if children sometimes have no symptoms and fortunately, do not seem to suffer today from an acute form of the disease," the President said. He added that measures would be taken to ensure the continuity of the education.

The closure of French schools in Cameroon comes at a time when the country has registered five cases of Covid-19. The last case was confirmed on the night of 14-15 March 2020, Public Health Minister Manaouda Malachie revealed on his Twitter account. This last case "involves a person returning from France. Like the other cases, she was immediately taken care of," the minister said.