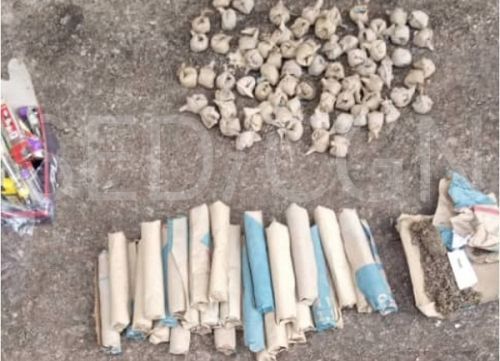 A drug trafficker was arrested on May 12 in the fourth district of Yaoundé. The national gendarmerie said he was a "major drug dealer" who usually sells his products in the vicinity of several schools in the capital. "The schools located in the Ekounou, Kondengui, Nkomo, and Awae Escalier districts were his main targets," the gendarmerie reported on Facebook.

The man was caught red-handed in front of a college in the Mimboman neighborhood, in the Yaoundé 4 district, during an "ambush" set up by the police, we learn. The gendarmes found nearly 6 kilograms of cannabis and the motorcycle he used for trafficking, during a search of his home. "The suspect confessed and admitted to having made a substantial turnover with the sale of cannabis to students," said the gendarmerie.

This arrest falls within the framework of the government’s crackdown on drug trafficking on the territory, especially in schools. Drug consumption is often at the origin of various events that make the news in the country's high schools and colleges. In March 2021, forty students from the bilingual high school of Nkol-Eton and the technical high schools of Charles Atangana and Nsam were brought before the Yaoundé Court of First Instance (TPI) for possession of drugs and knives.

According to the National Committee for the Fight against Drugs (CNLD), 21% of Cameroonians have tried a hard drug and 10% are regular users, including 60% of young people aged 20 to 25. Cannabis remains the most widely used drug (58.54%), followed by Tramadol (44.62%), which is commonly called Tramol. To combat this scourge, the gendarmerie invites parents and school principals to make students aware of the harmful effects of psychotropic substances and to report any person suspected of drug trafficking or use by calling its toll-free number (113).