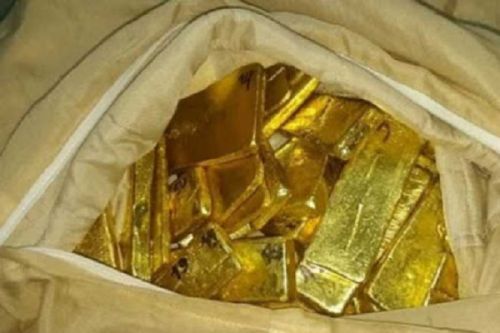 Yaoundé: Police seized 250 gold bars about to be illegally exported

During the operation carried out on November 9, 2020, by agents of the Regional Division of the Central Regional Judicial Police (DRPJ), two expatriates (presented as suspected traffickers) were arrested.

The precious metal was loaded into a dozen suitcases and was to be transported to Dubai, informs a source on duty at the office of the General Delegate for National Security. "These foreign traffickers arrived in Cameroon less than a week ago in a private jet and were housed in the only 5-star hotel in the capital. They were to leave for Dubai last Tuesday with the goods," Le Messager wrote.

For some time now, Cameroon has been a hub for gold trafficking. Last October, customs agents seized 38 gold bars (20 kg overall) during a routine check at the international airport of Douala

In early November 2020, the same authorities seized 60 kilograms of gold in Douala. Valued at XAF1.44 billion, the gold was hidden in three luggage to be transported by Ethiopian Airlines.