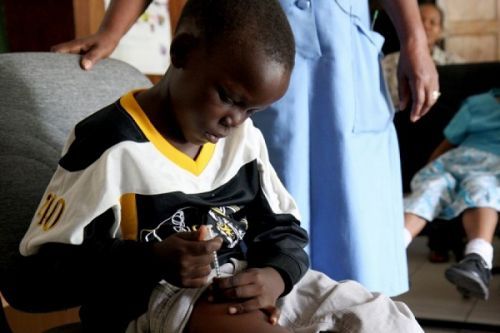 Out of a population of about 25 million people, Cameroon has officially more than one million diabetics. Within this population, there are about 800 insulin-dependent children between the ages of 0 and 21.

According to Dr. Adèle Chetcha Bodieu, a pediatric endocrinologist interviewed by L'œil du Sahel, the exact overall number of children suffering from diabetes is "a little difficult to know, because many children die in the community without being diagnosed.

On the other hand, the pediatrician maintains that "overall, we have around 800 type 1 diabetic children being followed in Cameroon. With type 2 diabetes, which is observed much more in obese adolescents, the overall number of children with this disease is around 1,000.”

Dr. Adèle Chetcha Bodieu reveals that the management of juvenile diabetes costs nearly CFA700,000 per year per child. "As it is a treatment beyond the reach of the parents' purse, the children receive insulin free of charge," says the doctor, who specifies that the treatment is entirely paid for by the state. "Parents only spend money in case of complications," the pediatrician said.

This chronic disease is characterized by a permanently high level of blood sugar which, over time, "can damage the heart, blood vessels, eyes, kidneys and nerves," notes the World Health Organization (WHO). The latter states that diabetes is the 5th cause of death in Cameroon.

Held on November 14 of each year, World Diabetes Day is a key moment to draw aattention to this chronic disease, which increasingly threatens the lives of Africans," said Dr. Moeti Matshidiso, WHO Africa Director.