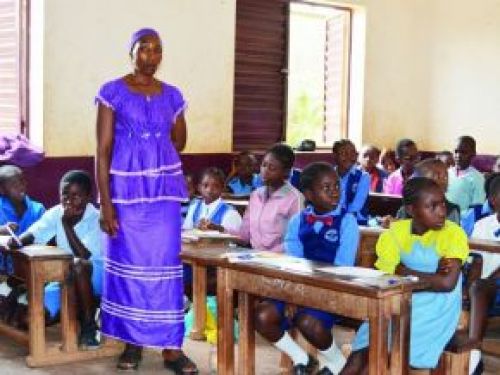 Cameroon: Enrollment ratio has been on a downward trend since the 2015/2016 academic year, report finds

In Cameroon, the gross enrollment ratio has been declining in all cycles since the 2015/2016 academic year. In pre-school for instance, only 36% of school-age children are enrolled and the overwhelming majority of them have no access to education.

This was revealed by an education sector diagnosis report elaborated by the permanent secretariat of the 2013-2020 SSEF, with the support of the Ministry of Economy and the World Bank.

The report was presented on March 10, 2020, in Yaoundé, during a workshop organized to present the sector diagnosis, which will help prepare the sector’s strategic orientations for the 2020-2030 period.

The workshop aimed to share the findings of the report with all direct and indirect actors and to formulate recommendations likely to shape the new sector plan.

Analyses based on household surveys show that access to the first grade of primary education is not open to all children. This is partly due to the Anglophone crisis, which has been raging in the North-West and South-West regions since 2016, the report adds.