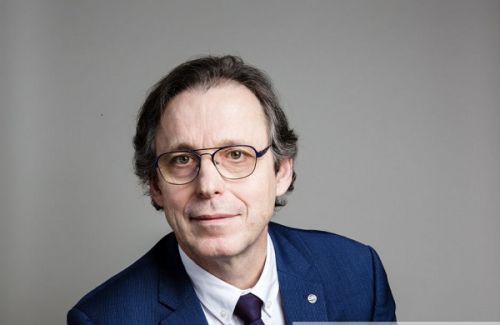 A team from the French National Center for Scientific Research (CNRS) is currently in Cameroon to boost scientific cooperation between the two countries.  "We are here because France and Cameroon are already collaborating on high-level scientific matters. The plan now is to form a microcosm of scientific research. Our long-term goal is to build research cooperation based on excellence with Cameroonian researchers. That research cooperation will mostly serve society,” said Professor Alain Schuhl (photo), CNRS deputy director.

The latter was speaking on March 16, 2022, at the end of a working session with the Minister of Scientific Research and Innovation (Minresi), Madeleine Tchuinte. During the meeting, both parties shared ways and means for sustained collaboration in the fields of health, environment, artificial intelligence, and sustainable development. In that regard, the CNRS considers opening a representative bureau in Cameroon to make the country a scientific hub that can benefit the Central African sub-region.

"Cameroon will become the hub, for the materialization of scientific research in Central Africa, thanks to that cooperation,” said the Minresi, quoted by government daily Cameroon Tribune.

The said cooperation entails funding the trips of Cameroonian and French researchers, we learn. According to Cameroon Tribune, a framework agreement is expected to be elaborated specifying the conditions for the implementation of that cooperation.