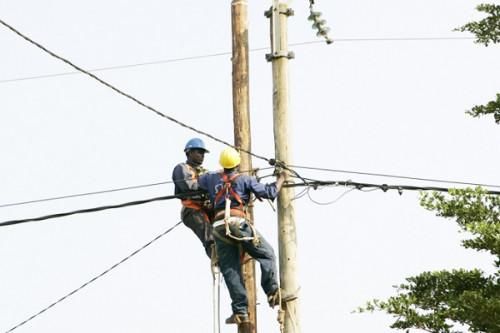 The Cameroonian government is currently finalizing negotiations with the European Investment Bank (EIB) and the European Union (EU) for the financial closing of the Rural Electrification and Access to Energy in Underserved Areas Project in Cameroon (Perace), according to the Ministry of Water and Energy,

Implemented in the Far North, North, Adamaoua, North-West, South-West, and East regions, Perace will be implemented over the 2020-2026 period and provide electricity in 687 localities in the country. The overall cost of this rural electrification project is estimated at $223.5 million, or about CFAF131 billion.

According to official sources, the funding from this Bretton Woods institution will help provide electricity in 417 communities in the Far North, East, North West, and South-West regions. While the expected EIB and EU funding will be used to implement the same project in the North (200 localities) and Adamaoua (70 localities).

Cameroonian authorities explain that Perace aims not only to reduce the gap between the electricity coverage rate (74%) and access ration (about 50%) in the country but also to increase the coverage in some regions still lagging.

On June 12, 2020, in Yaoundé,  the Minister of Economy revealed that the electricity coverage rate in some regions of Cameroon is still below 50%. This is the case for the Far North, and the North whose coverage rate is 46%. Adamaoua, the other region in the northern part of Cameroon, has a coverage rate of 52%, well below the 74% recorded elsewhere.

This is why Perace, owned by the Rural Electrification Agency (AER), will benefit 86% of the northern regions of Cameroon. Indeed, the Ministry of Water and Energy reveals that of the 687 localities in Cameroon targeted by Perace, 585 are located in the three northern regions, which are officially the poorest in Cameroon.