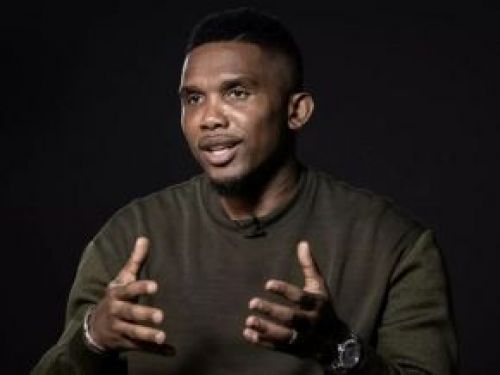 Three people were arrested this month in Foumban, a commune in the department of Noun, in the Western region. They allegedly impersonated former Cameroonian football player Samuel Eto'o. The information was made public on Monday 15 June by journalist Martin Camus Mimb, who is close to the former captain of the national football team.

“They were operating from Foumban in western Cameroon, using Samuel Eto'o's identity to abuse people on social networks. This is where stupidity and love of easy life leads. Thanks to the Douala Judicial Police in Bonanjo,” the head of Radio Sport Info (RSI) wrote on his Facebook page.

A source close to the case said the arrest by the Douala Judicial Police (PJ) took place on 11 June after a week's investigation. “There was an operation that was set up. The police did their job and we got our hands on them,” the source said.

The three suspects, aged 25 to 34, are reportedly brothers. In recent years, scams in the name of Samuel Eto'o have multiplied on the internet. In March 2019, an internet user reported being in contact with a man claiming to be the former football player. The scammer had sent him a fake ID card with Eto'o's photo to “prove” that he is not a scammer.

Given the scale of the phenomenon, a campaign was launched in September 2019 via the Facebook page of the Fan Club Samuel Eto'o Fils to raise awareness of the scams perpetrated in the name of the former Barcelona striker.