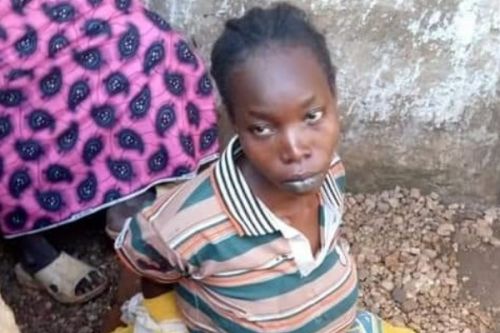 A mom is suspected of double infanticide in the Northern Region. Salamatou, 24, allegedly killed her two daughters, 2-year-old Oumoul and 6-month-old Asmaou, and then cooked them in a pot. The unbelievable crime took place on Monday, September 14 in Badjengo, a locality in the commune of Pitoa, in the department of Benue - about forty kilometers from Garoua, the regional capital of the North.

Amadou, the alleged woman’s husband, alerted the gendarmerie after discovering the dismembered bodies of his children in a pot hidden in their mother's bedroom. Ache Katchou, commander of the brigade of Pitoa confirmed the facts to TV channel Canal 2 International. The investigator in charge of this case, Warrant Officer Amadou, provides some details in Cameroon Tribune’s September 17 edition.

“The incident would have occurred on Monday between 11 am and 4 pm when the husband left for the market in Ngong and the co-wives went to the farms,” he said. According to the Public media, the father would have noted the absence of his children upon his return. He then asked about them and his wife told him they were sleeping. It is after hours of searching that the lifeless and disarticulated bodies of the two girls were discovered in a pot. Other parts were found in a bucket.

An investigation was opened to determine the circumstances and the motive for this terrible act. The gendarmerie of Pitoa has requested a doctor to determine whether the alleged murderer is mentally competent or not, we learned. The suspect, in police custody since Tuesday, said it is the “will of God.”