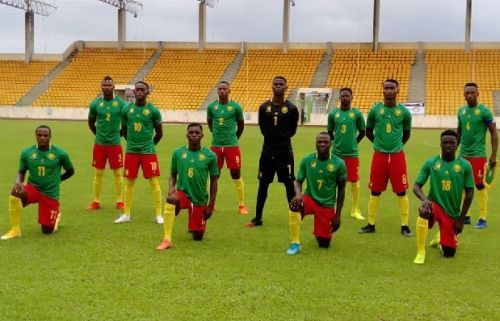 UNIFFAC U-20 Championship: Cameroonian players compelled to win against Congo

Today December 17, 2020, Cameroonian U-20 players are to play against Congo. To gain qualification for the 2021 Africa U-20 Cup of Nations, scheduled for February 2021 in Mauritania, they need to win this match.

Indeed, they still have a chance to finish first in Group B after the draw (1-1) against the Democratic Republic of Congo (DRC), in the opening match of the tournament of the Union of Central African Football Federations (Uniffac) played last Tuesday in Malabo, Equatorial Guinea. The young Cameroonian striker Kevin Prince Milla scored the first goal in the 18th minute, but Congolese player Jonathan Ikanga leveled up the score in the 72nd minute. During today’s match, Cameroonian U-20 players must play better to reach the finals and thus qualify for the U-20 AfCON. Indeed, only the two finalists of this tournament will qualify for the U-20 AfCON.

The next match of Group B will be between the DRC and Congo next Saturday. Only Equatorial Guinea, the host country of the tournament, and the Central African Republic (CAR) are competing in Group A, as Chad canceled its participation at the last minute.