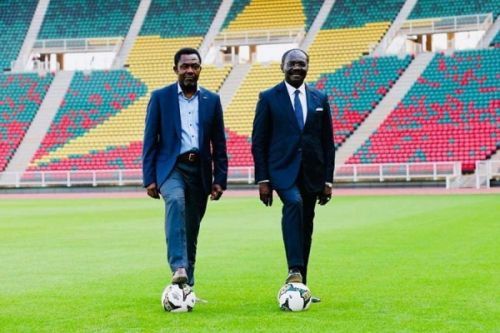 Following rumors of a possible relocation of the opening ceremony of the African Cup of Nations (AfCON 2021), the Confederation of African Football (CAF) confirmed that it will be held at the Olembe Sports Complex.

“The African Cup of Nations will soon open and the opening ceremony is scheduled for January 9, 2022, at the Olembe Sports Complex," according to a joint press release from CAF, the AfCON Organizing Committee, and the Cameroon Football Federation.

Last November 17, the Secretary-General of CAF, Veron Mosengo-Omba, sent a letter to the Minister of Sports to inquire about "the state of progress of the exterior of the Olembe stadium, whose delivery was promised for November 30, 2021.” He said work seemed to be without progress since his last visit on October 22.

"Regarding the Olembe stadium, you should know that if everything is not settled by November 30, 2021, the opening match will take place elsewhere. Arrangements have already been made in this direction, but it would be unfortunate for the Organizing Committee, for CAF and Cameroon,” the letter reads.

Eyes were on the Japoma stadium in Douala, which has already hosted several international matches, to host the opening ceremony instead of Olembe.