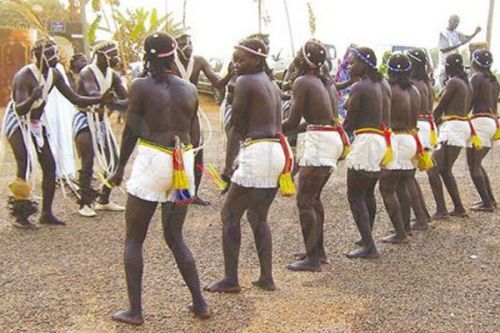 The Association for the protection and Promotion of Guidar Culture will organize the second edition of the Guma festival from December 18 to 20, 2021 in Guider, in the North region.

According to the explanations provided by Bouba Monglo, secretary-general of the association, in an interview with government daily Cameroon tribune, Guma "refers to the big drum that resounds during the twins festival and all the big annual festivals organized by  Guidar people. The Guma also refers to the eponymous dance.”

The secretary-general indicates that the sound of the drum is an invite for all Guidar from Cameroon, Chad, and the diaspora to dance and perpetuate their culture.

The Guma festival is therefore intended to protect the Guidar culture "currently at a crossroads” because “several factors are threatening the existence and the continuity of Guidar cultural identity," says Bouba Monglo.

He explained for instance that  "ma kada", the dialect used by the Guidar people, is threatened with extinction, and their traditional religion is now almost non-existent. Also, the cultural rituals are gradually being left out while their traditional medicine is getting into oblivion.

“The association was created in 2009 to address the problem,” the secretary-general stresses.