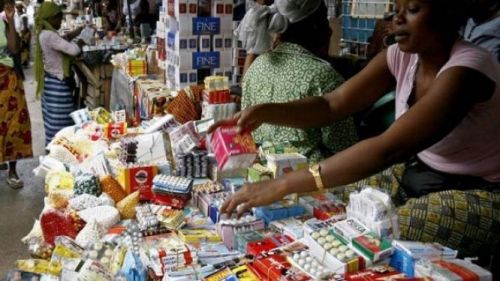 Cameroon: The new president of the Order of Pharmacists promises to fight illicit drug sales

Dr. Franck Dange Nana is the new president of the National Order of Pharmacists of Cameroon. He assumed his office during the extraordinary general assembly held on January 15, 2021. Present at the meeting were 900 members up to date with their subscriptions (out of 2000).

The new president reveals that the priority of his 3-year term is to fight illicit drug sales. "I would like to tell Cameroonians that pharmacists are by their side to participate in pharmaceutical and health education, as well as the fight against illicit drug sales and unauthorized pharmacy operations in Cameroon," Dr. Franck Dange Nana promised.

Indeed, the illegal sales of drugs have shot up and sometimes these drugs are sold near health facilities, in violation of the law of August 10, 1990, which prohibits the display or distribution (by any person, even by a pharmacy graduate) of drugs on the public highway, in fairs and markets.

"We do not know the proportion of drugs that leave official channels or certain pharmacies. But estimates put the rate of the drug market controlled by the informal sector at 40%," an official of the National Union of Pharmacists of Cameroon admits.

During the meeting, aware that there are black sheep among pharmacists, Louis Richard Njock (Secretary-General of the Minsanté) urged them to respect the ethics and deontology of their office while reminding them that the national order of pharmacists was by no means a trade union.

Let’s note that in 2019, the Minister of Public Health (Minsanté), Manaouda Malachie, launched a major awareness campaign, intensifying the fight against trafficking and illegal sales of drugs in cities, streets, and markets. The said campaign was launched given the dangers facing the victims of this flourishing trade and the harmful consequences of street drugs on health and the Cameroonian economy.

"Some individuals not concerned about the health of the population have chosen to carry out these illegal activities on the Internet," he mentioned at the time. He, therefore, reminded that those who use social media, websites, and mobile apps to carry out illegal drug sales, and or medical counsel are liable to prosecution according to the criminal code of July 12, 2016.